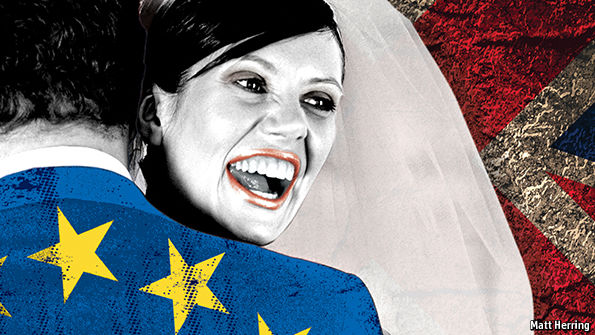 As Britain and the European Union prepare to divorce, many of their citizens contemplate tying the knot

DELPHINE was born in Jersey, a crown dependency of the United Kingdom, and holds a British passport. She and her Mexican boyfriend, José, intend to move to Paris from Mexico. When she heard that Britain had voted to leave the European Union, it threw those plans into doubt. Would she still be entitled to live in France? As she fretted, José sent her a message: “I guess you’ll have to marry me, then.”…