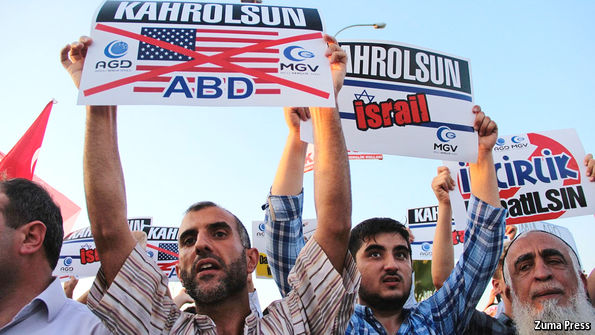 AT THE end of July the United States army announced plans to hand back 15 square miles (40 square km) of land on Okinawa to the Japanese government. This will be the biggest land return in the island, home to almost 30,000 American troops, since the United States’ formal occupation ended in 1972. The decision follows the rape and murder of a local woman and big anti-American protests in June.

Opposition to American bases has increased recently in Turkey, too…